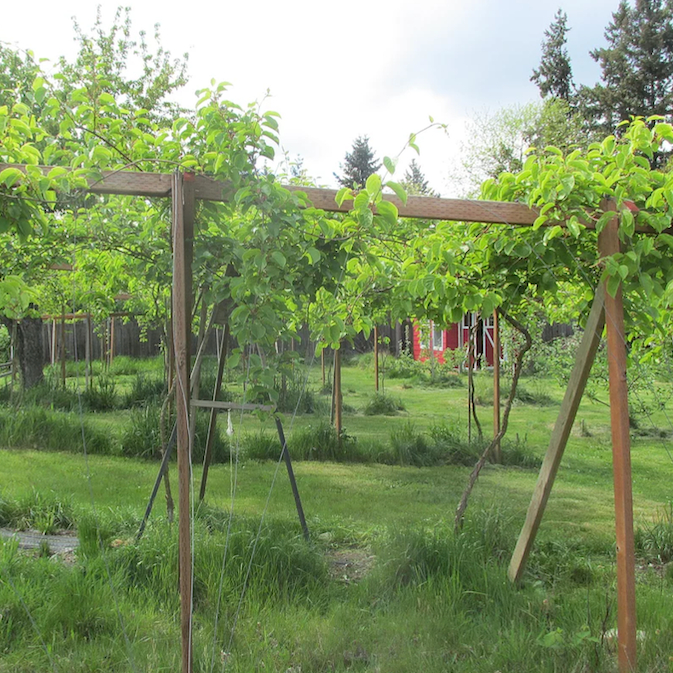 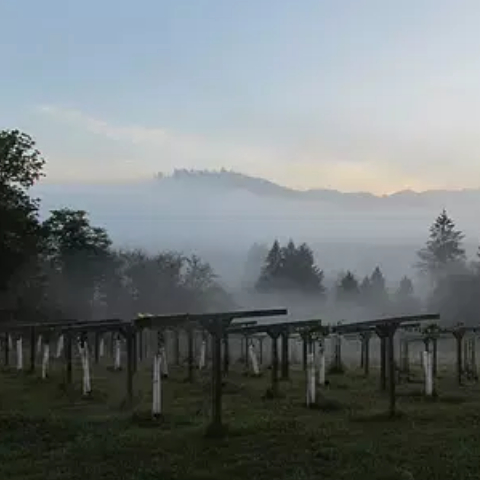 The Mossyrock site is 5 acres with 122 Hardy Kiwi plants ranging in age from 1 to 3 years old. Four varieties of hardy kiwis are currently planted and growing here. Site consists of sloping pasture land with views of the surrounding mountains and Mayfield Lake.

Hardy Kiwis: "Perhaps the healthiest thing you will eat all week, maybe all year."
Practices
While consumers in the United States have become increasingly familiar with the variety of kiwifruit known as the fuzzy kiwis which is found in most grocery stores, hardy kiwis have remained an unknown fruit for most American as attempts to commercialize this fruit have been limited due, at least in part, to its relatively short "shelf-life." However, given their rather extraordinary nutritional value, combined with their distinctive kiwi flavor, the popularity and availability of hardy kiwis appears to be on the rise. Broken Shovel Kiwi Farm, in turn, hopes to do its small part in increasing the availability, and public awareness, of this rather incredible fruit. Eat it fresh, make a kiwi salsa, or use it in various baked goods; all good uses for this wonderful fruit.